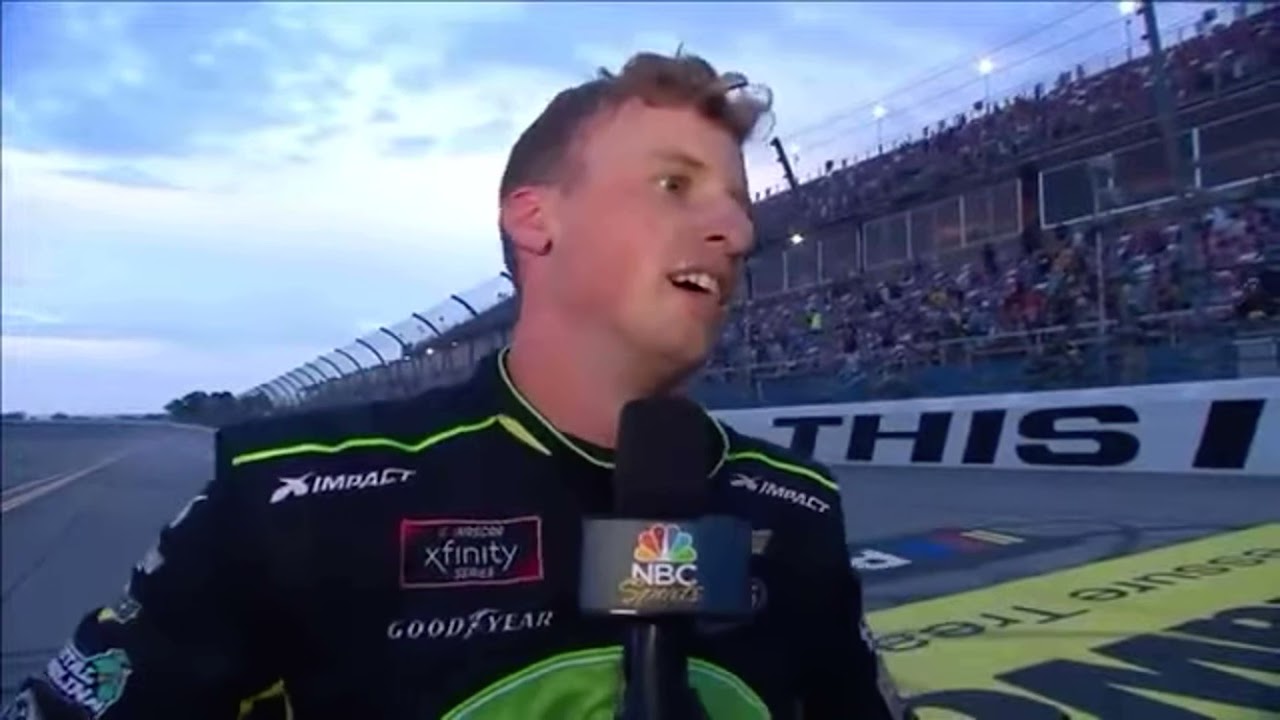 Update: The Talladega Win That Ruined a Career

“Let’s go, Brandon!” has become a popular refrain among US conservatives.

The phrase was spotted on T-shirts as well as a banner pulled by a plane at Donald Trump’s rally at the Iowa State Fairgrounds on Saturday. It’s a recurring meme on right-wing social media websites.

Fans chanted it at college football games last weekend in Texas and Mississippi.

But what does it mean?

In short, it’s an insult directed at Democratic President Joe Biden – and a way for conservatives to thumb their noses at what they see as liberal bias in the mainstream media as well as Joe Biden’s controversial vaccine mandate — On September 9th, Biden ordered sweeping new federal vaccine requirements for as many as 100 million private-sector employees as well as health care workers and federal contractors.


It all started at the end of a televised NASCAR Xfinity Series stock car race in Talladega, Alabama, on October 2nd 2021. NBC reporter Kelli Stavast was interviewing the winner, driver Brandon Brown, when members of the crowd in the grandstand behind them began chanting an obscenity directed at the president.

The vulgar word directed at Joe Biden was clearly picked up on the broadcast’s audio.

Whether by mistake or as an intentional attempt to deflect from the swearing on live television, Stavast told Brown that the crowd was cheering him on with chants of “Let’s go, Brandon”.

The conservative social media ecosystem quickly latched onto the moment.

Obscene chants directed at the president have been a recurring theme at conservative gatherings and sporting events in recent months, so the “Brandon” line became a tongue-in-cheek way of evading media censorship and public sensibilities – while still getting the point across to those in the know.

A Christmas Present from Joe Biden. He Agrees…